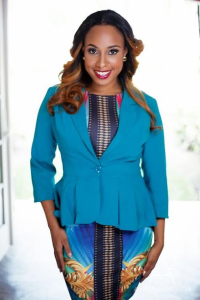 Kerel Pinder is a writer, motivational speaker, television personality, producer and event planner. Kerel’s mission in life is to inspire others to discover and flourish within their purpose by recognizing the importance of growth and a genuine relationship with God.  Kerel’s vision in life is to not only make an impact within the Bahamas but to carry her passions throughout the entire world.  Kerel’s career as a Television personality & Host has afforded her opportunity to interview Bahamian celebrities, as well as Hollywood celebrities like Meagan Good and DeVon Franklin.

A citizen of the world but an island girl at heart; Kerel was born in the beautiful islands of the Bahamas. After High school, Kerel went on to obtain a Bachelors Degree in Psychology from Acadia University, a Master’s Degree in Education from the University of North Carolina, Chapel Hill and a second Masters degree in Communication and Leadership from Park University.  Kerel also recently completed an 8 – week Screenwriting Course at the New York Film Academy’s; LA Campus in March 2016.

Kerel is a former beauty queen, who has had the great privilege of representing her country nationally and internationally; competing as a beauty ambassador in China, Columbia, and the Philippines. In 2010 after writing her first short play, she was selected as one of the top three finalists in the Freeport Player’s Guild;Young Play writer’s Competition. However it wasn’t until 2014 that Kerel established herself as a successful playwright with the debut of her Bahamian Icon nominated production “Sarah’s Wedding” . She also recently released her Hit 2016 summer production; “New Rules of Sex and Dating!”

In January 2016, Kerel also added a new title to her resume by becoming a first-time author with the release of her book: “The One Year Challenge – A new Journey to Love, Purpose & Courtship.” Kerel is currently a Freelance writer, motivational speaker and event planner living in the Bahamas.