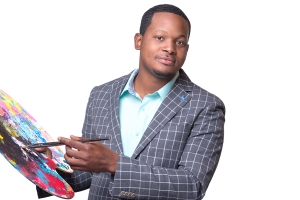 Born in Nassau, Bahamas, Jamaal is a self- taught artist who has the keen ability to present life-like images on his canvas and viewers are mesmerized by the subject’s likeness. Although a portrait specialist, The Celebrity Artist works in a wide range of styles in various media such as oils, acrylics.

Jamaal recently embarked on a style that features nautical and marine life. He has garnered international attention and viral sensation. He has been featured in over 100 international media outlets including BBC, CBS, ABC, The Travel Channel, People Magazine, The New York Post and BET.

Jamaal is a two-time Bahamian Icon Award winner, The 2012 People’s Choice Artist of the Year, and the 2018 Elevation Artist of The Year among numerous accolades.